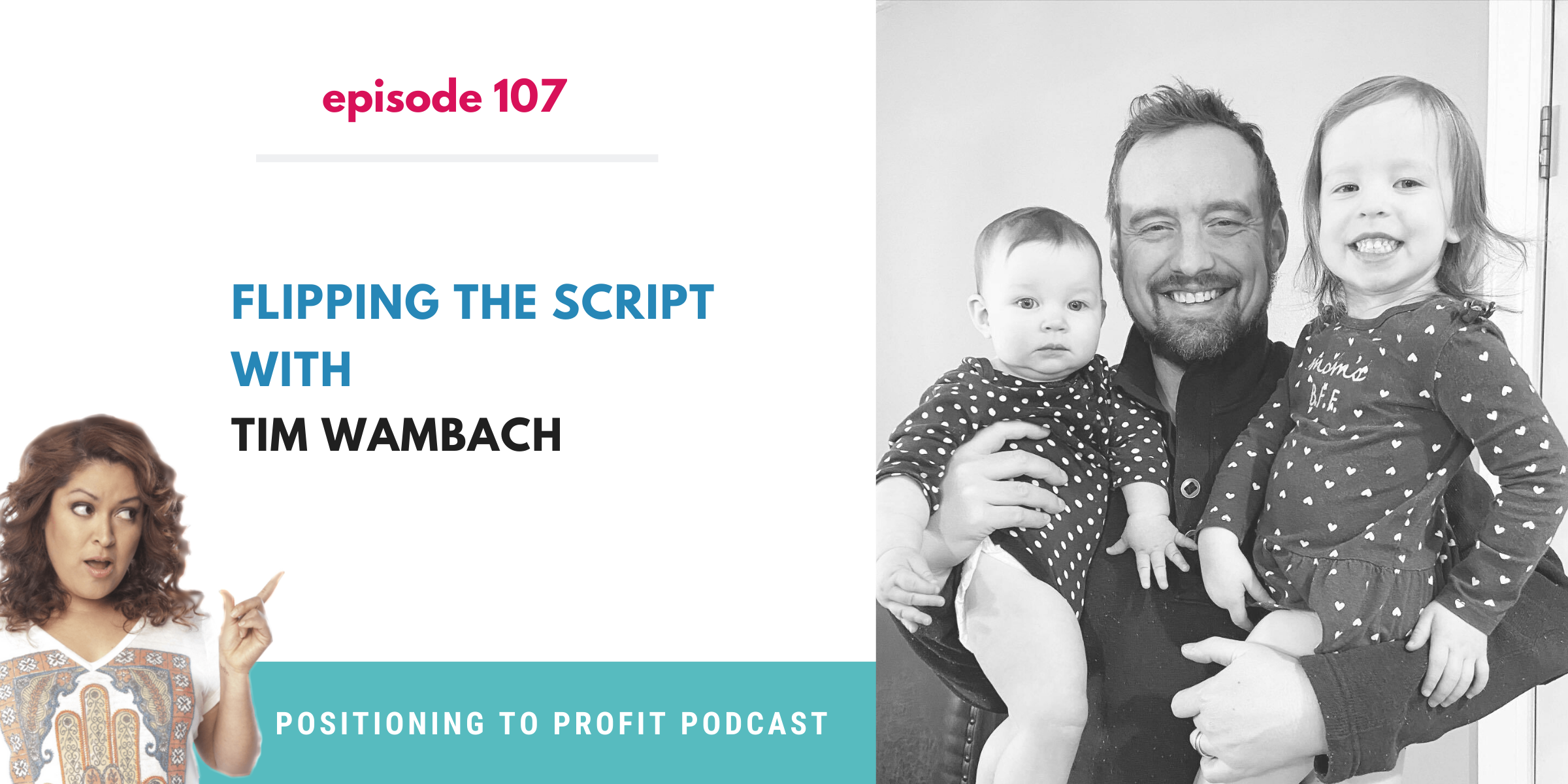 Flipping the Script with Tim Wambach

Ready to Position Your Business to Profit? Go to–>>> http://positioningtoprofit.com/

Hey there, Patty Dominguez here, episode 107 of the Positioning to Profit podcast. Super happy that you are here for this episode. It’s a different one, because normally it’ll be either a solo show or I will feature a fellow female entrepreneur. So thing is, once upon a time back in 2015, a friend of mine, Tim Wambach, and I launched a podcast by the name of Boss Free Society. We did about 143 episodes or so and it ran for, I think, a couple years, it was really fun and we interviewed a lot of heavy hitters. So I caught up back with Tim, because I hadn’t talked to him, he’s always a joy to have, he is a wonderful friend in our lives here for my husband and I, and I just thought it’d be great to catch up with him. So he’s talking about flipping the switch, how he turned off the business that he had when it was time to move on, when it was time to reinvent, and when it was time to make some serious changes in his life. And so coming from a male perspective, I thought it would be a great idea to host him on the podcast and just share what he’s up to. Flexing Fatherhood is his new venture. And I just think the world of him. Tim’s an awesome guy. So check out Tim Wambach on this episode. And again, if you want to catch our old episodes, circa 2015 to 2016, where we interviewed some heavy hitters, head on over to bossfreesociety.com. It was a lot of fun. And with that, I’m excited to share with you this special episode with the first guy we’ve had in a really long time, Tim Wambach. And on with the show. Here we go.
Connect with Tim Wambach
WEBSITE LINK:
http://flexingfatherhood.com/
SOCIAL MEDIA LINKS:
Tim on Twitter: http://twitter.com/TimWambach
Tim on Instagram: http://www.instagram.com/flexingfatherhood/

Business Trinity – The 3 Pillars for setting up and growing your business.